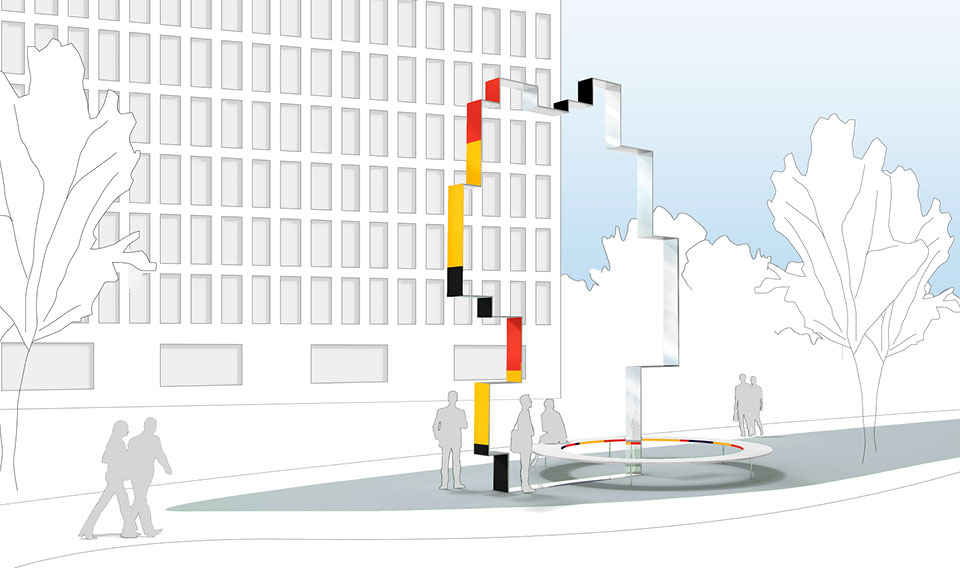 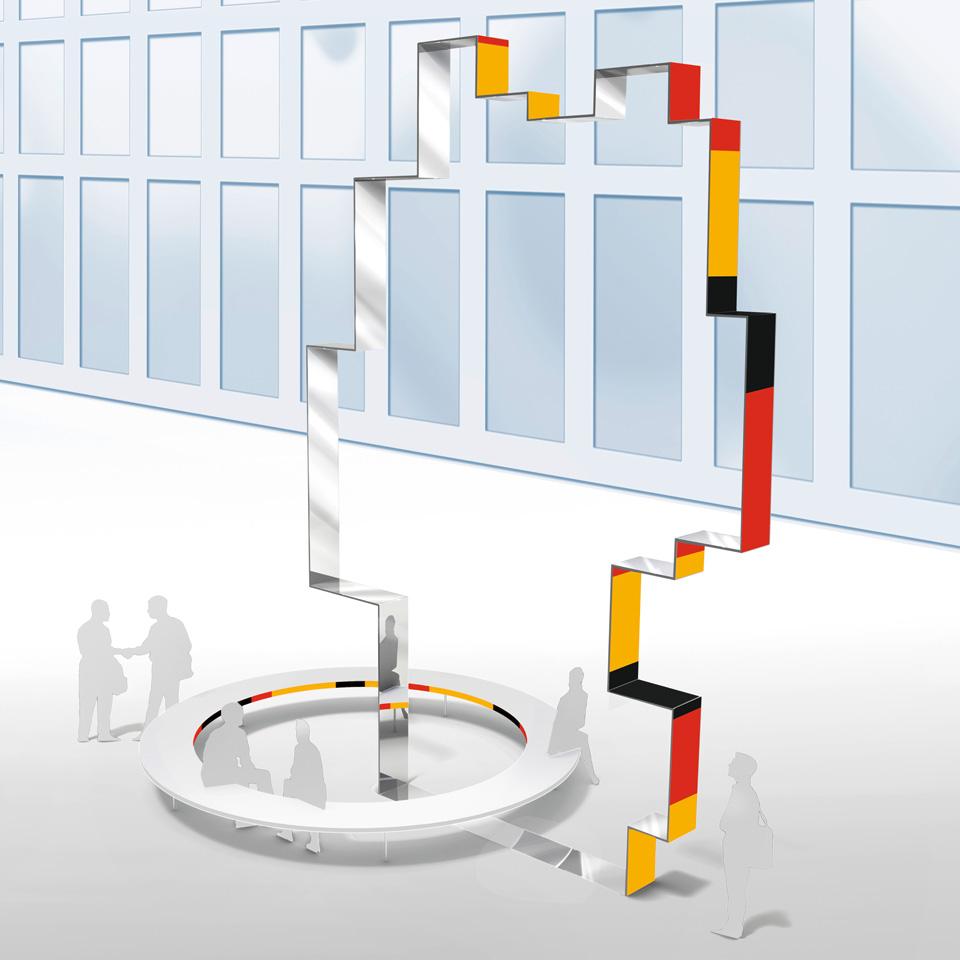 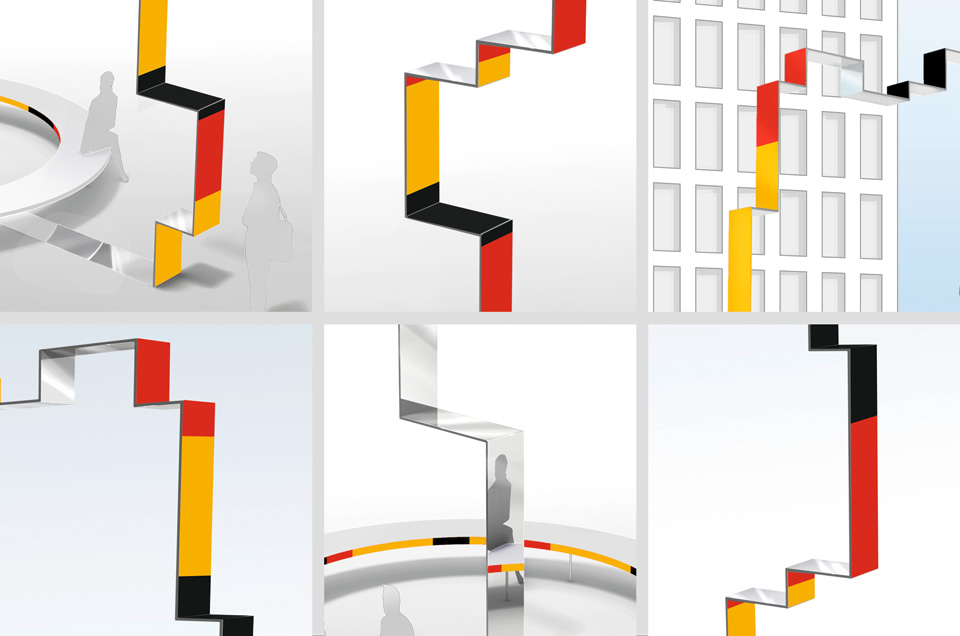 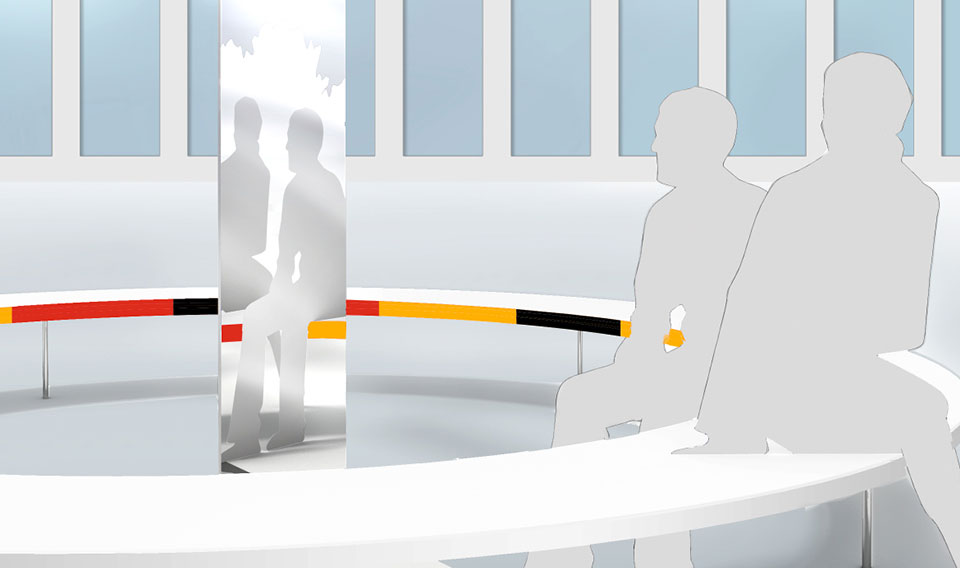 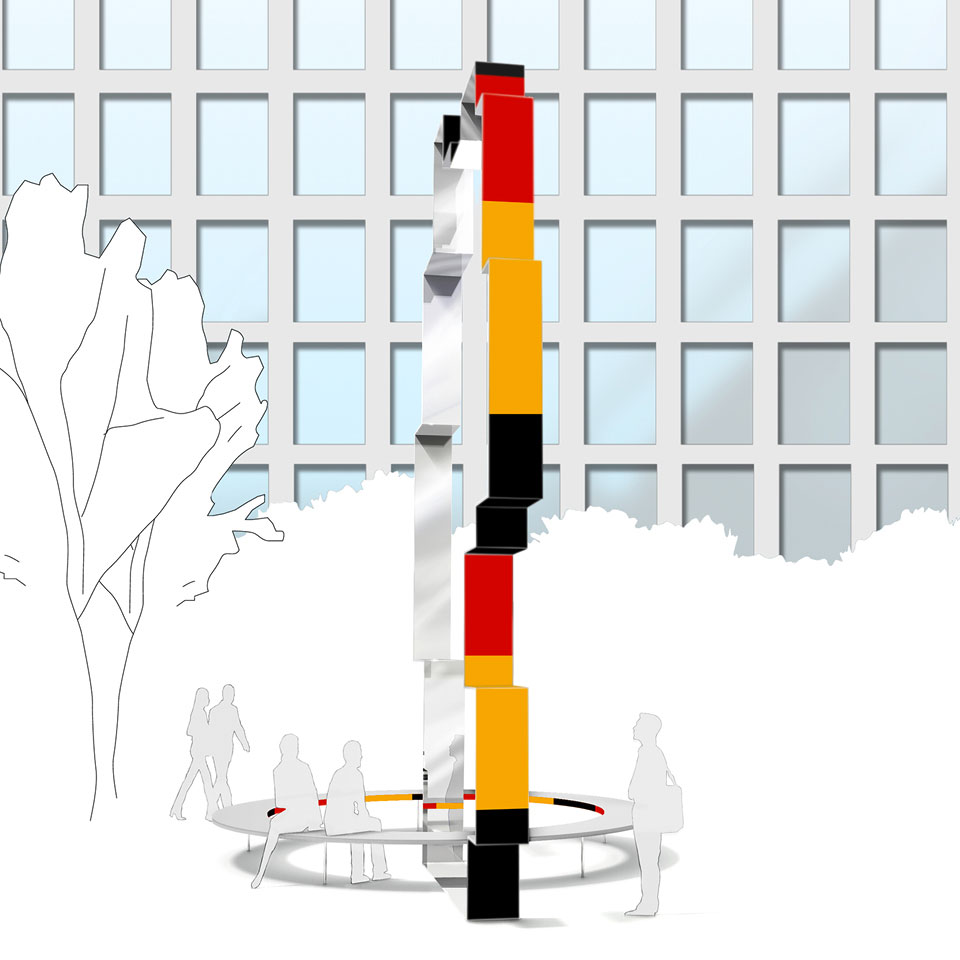 “Inside Germany” is a sculpture of monumental proportions that communicates both lightness and transparency, simultaneously expressing both substance and reserve.

Stylised contours connoting Germany’s borders provide for the piece’s primary vertical gesture. Rather than commenting on the shape of the country, this abstraction of Germany invites the spectator to reflect on the concept of space. Here, there is space for freedom, personal growth, security, openness, transparency, and ongoing development. The subject is enclosed in a stainless-steel frame, giving it a silhouette that enables the material character of the substance to shine outward, while making use of polished surfaces to reflect inward. As such, the spectator sees the piece as both unwavering and ever-changing, experiencing it in the spaces between togetherness and openness, reliability and lightheartedness, as well as security and freedom. Given access to all of this, we are invited to spread our wings.

The formal antithesis of this is witnessed in the piece’s primary horizontal gesture. It emanates from a circular ring, whose inner lining has been designed in the colours of Germany’s flag: black, red, and gold. This element of the sculpture goes beyond the representation of togetherness by offering onlookers a place to sit and converse. It is an expression of co-habitation and human interaction, cohesion, participation, and integration. Simple pillars ensure that the piece’s functionality is subordinate to its symbolic impact.