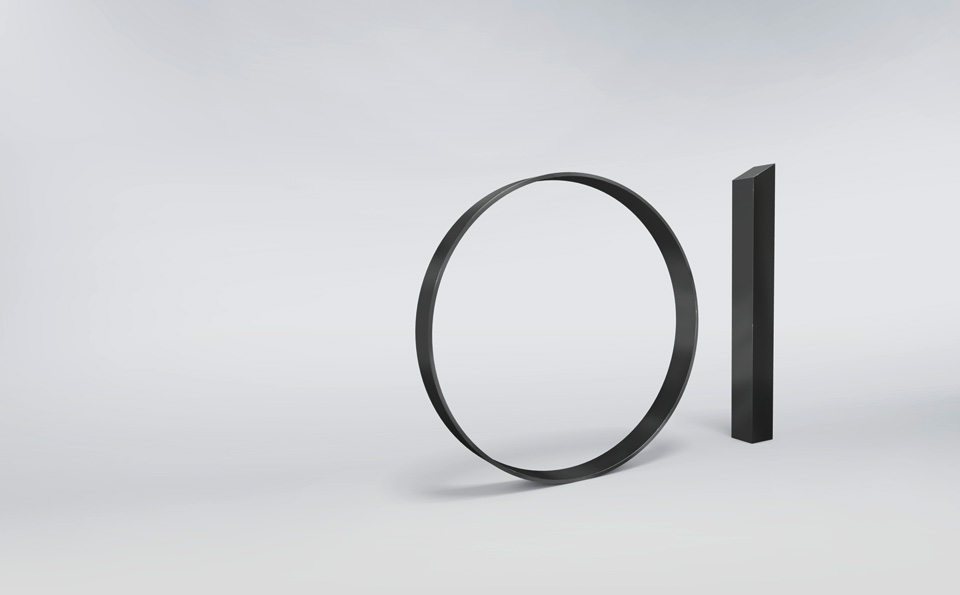 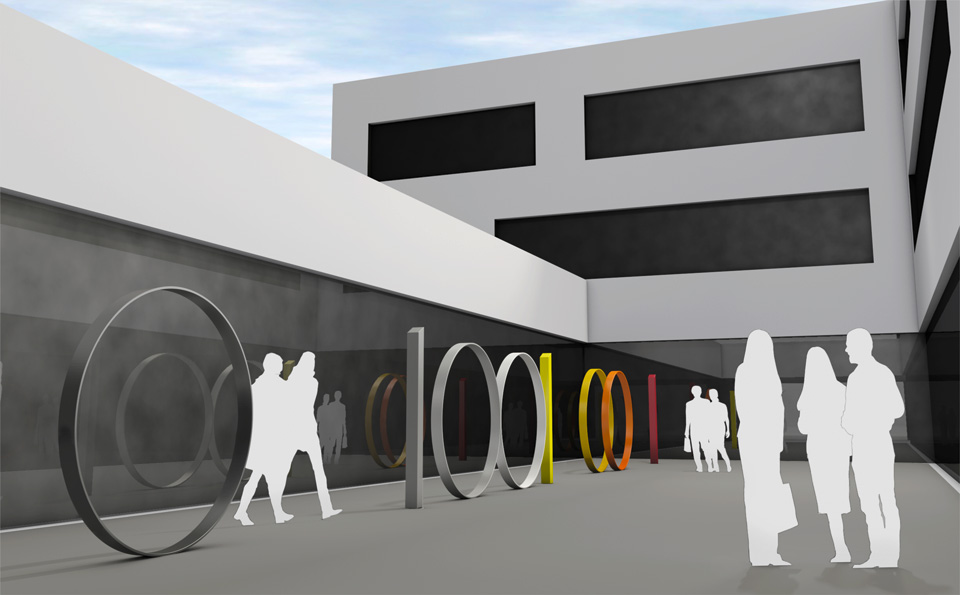 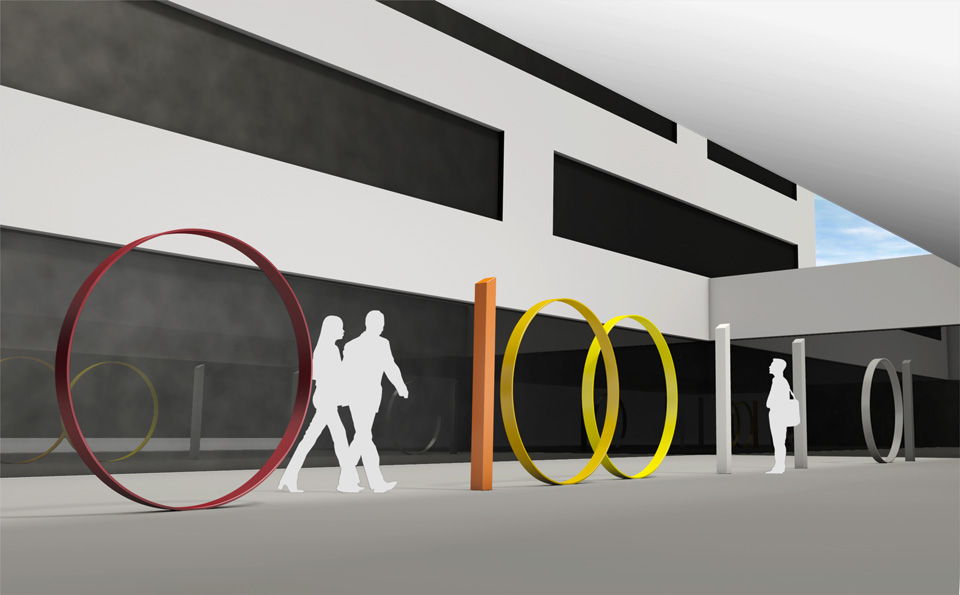 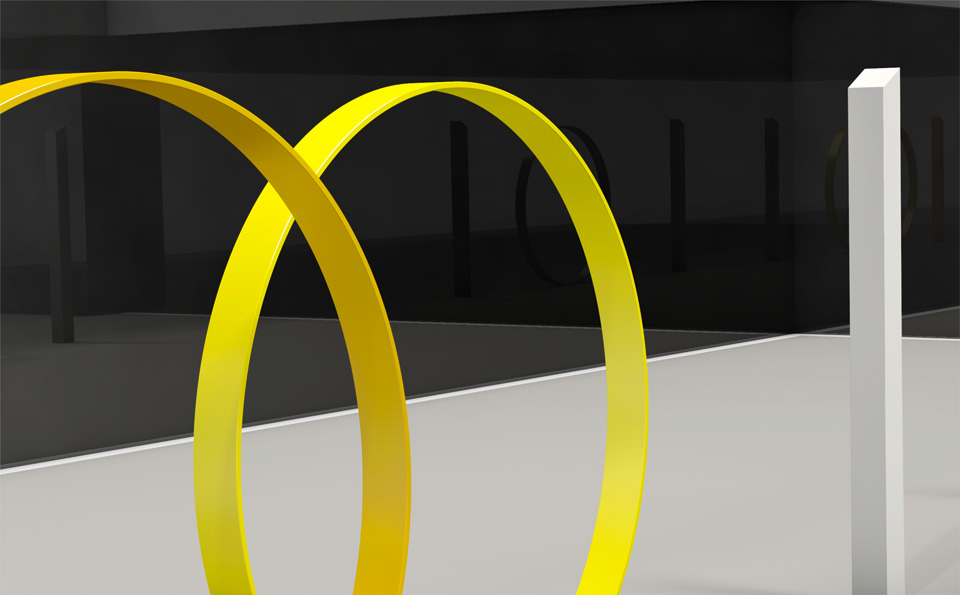 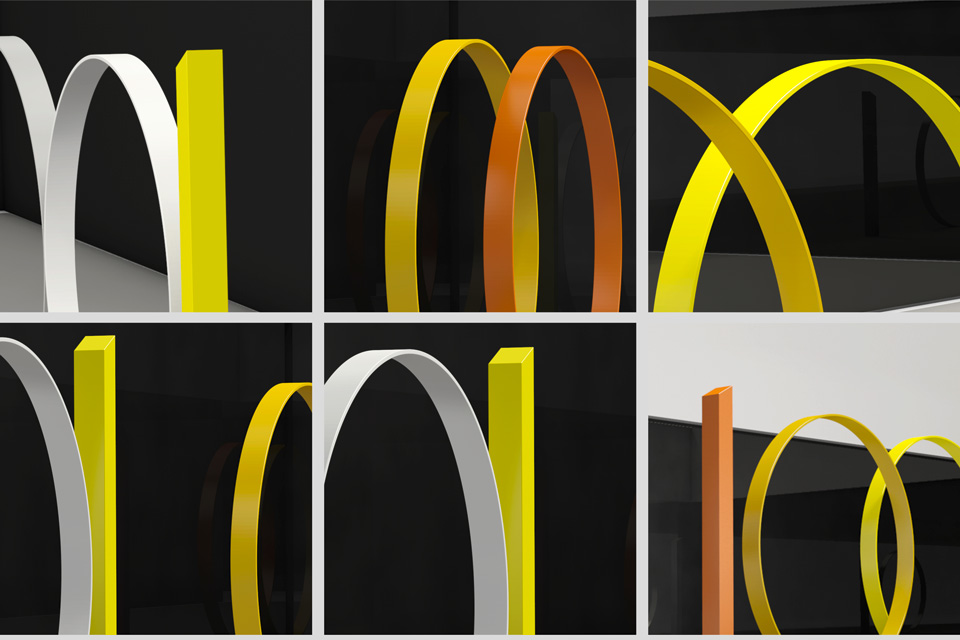 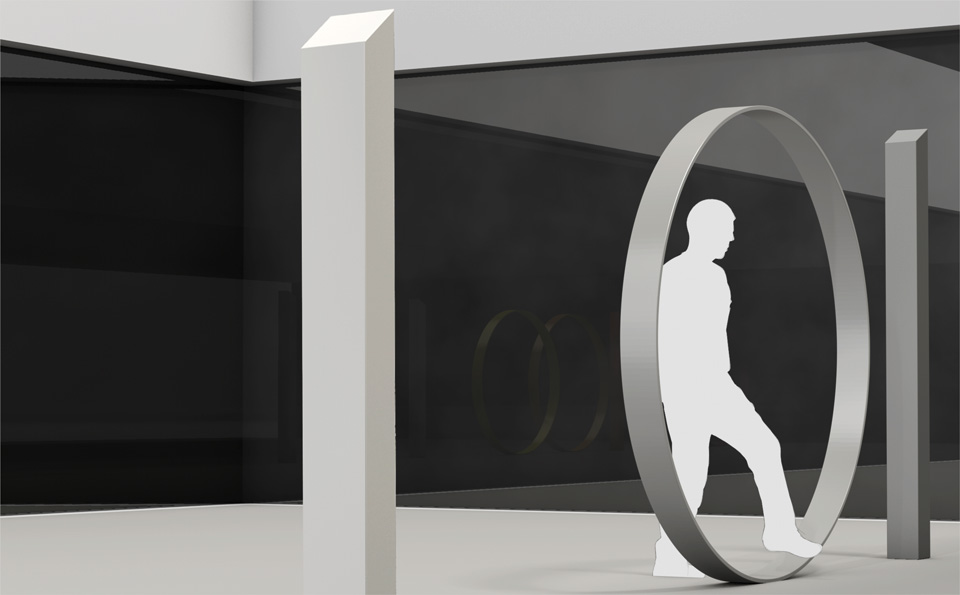 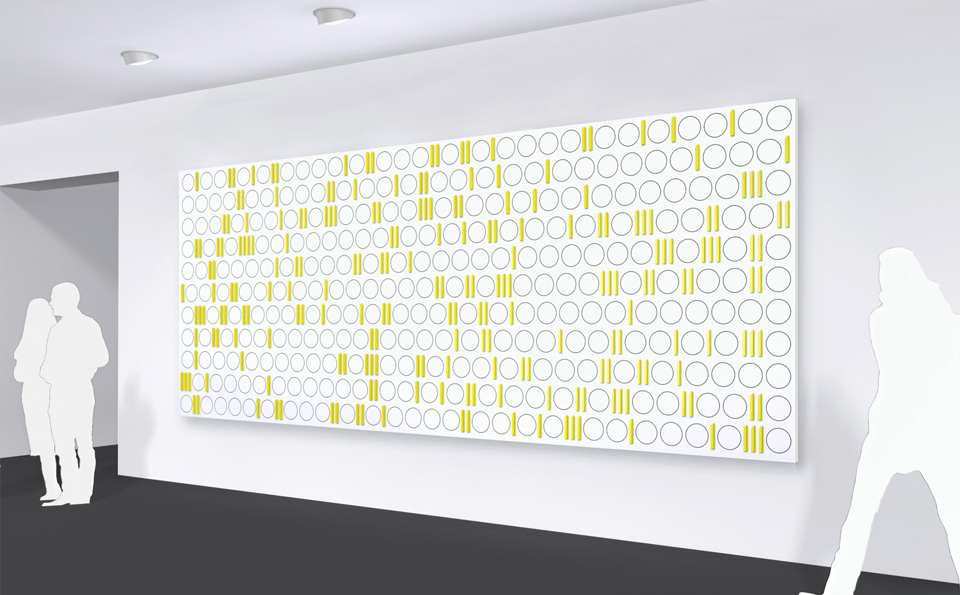 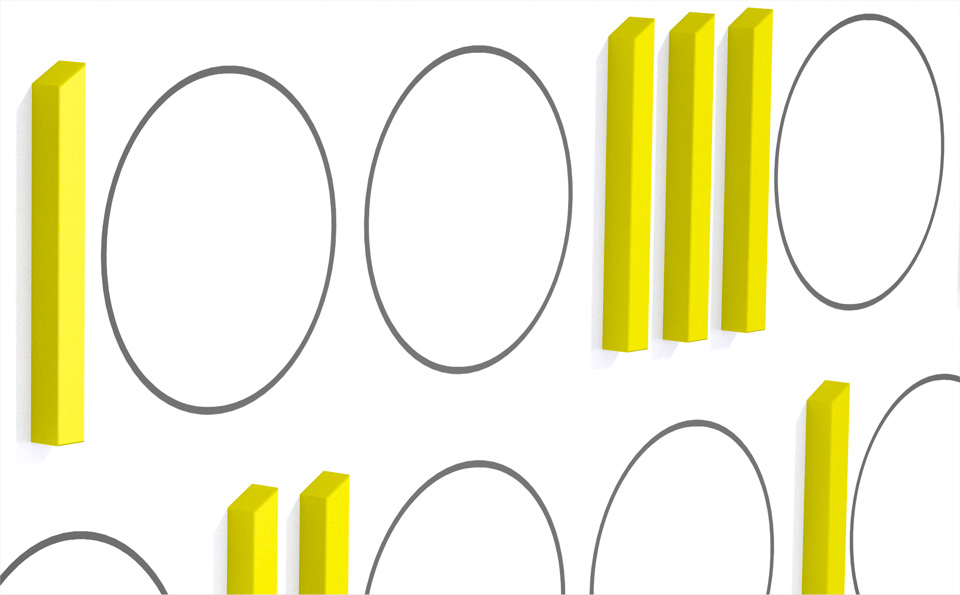 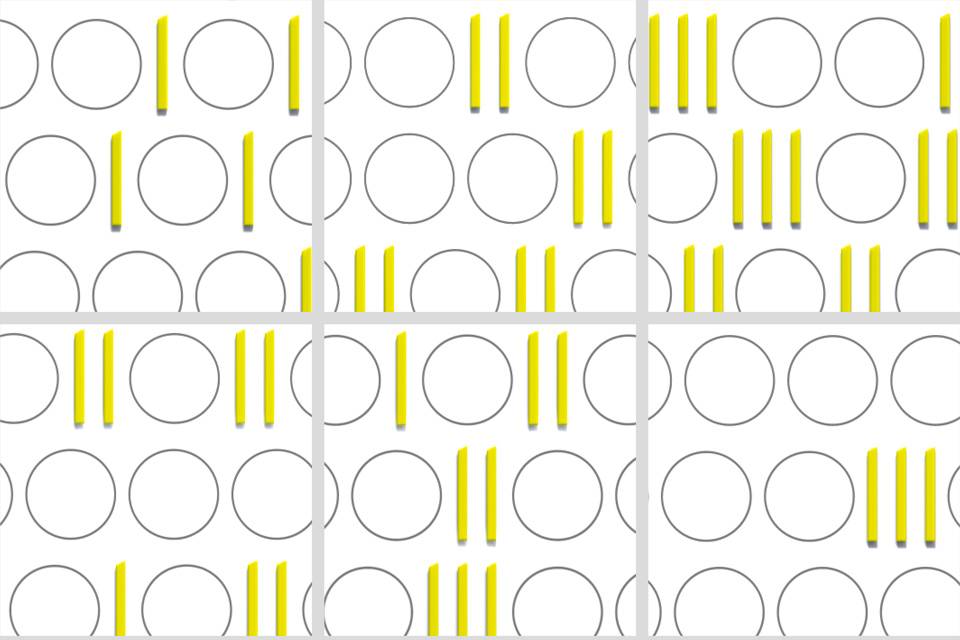 The Code of Meaning

A maximum amount of numbers is charged with a maximum amount of meaning. The binary code as a “code of meaning” forms the artistic motive for various locations within the new building for the Faculty of Computer Science and Mathematics. The aesthetic programme explores binary numbers and represents the opposition that is intrinsic in these signs. The abstract opposition between zeros and ones, between interval and transmission becomes the discernible opposition between circle and straight line, between empty contour and filled volume, between rotating movement and static anchor.

The binary code is animated and interpreted. In the courtyards, the sequence of the signs contains a powerful dynamic energy. While the circles seem to be rolling and, staggered in depth, even overtaking each other, the straight lines set the rhythm.

The dramaturgy of colour supports the movement through the sequence of grey tones transitioning into increasingly warm colours – culminating in the greatest degree of brightness in the middle.

The motive of the binary code thus gives meaning to the two inner courtyards. Out of courtyards 1 and 2 it makes one computer science courtyard and one mathematics courtyard by translating the initials I (for “Informatik”) and M (for “Mathematik”) into binary terms.

In the foyer, the dynamic energy is represented in a relief in binary language. The rhythm of circular contours and straight lines on two levels turns the interior space into a resonance chamber for Albert Einstein’s message: “Make things as simple as possible, but not simpler.” The sculptural objects in the courtyards and wall relief in the foyer – outside and inside – make direct reference to each other. In the foyer, the binary code is represented as a picture in which the staccato of alternating symbols creates a rhythm that dominates the entire image.

The close reference between outside and inside, between sculptures and reliefs, makes the viewer conscious of the unity of the building as meaning, thereby promoting the identification of teachers and students with their places of study and communication.

The concept of the “code of meaning” connects people and places.