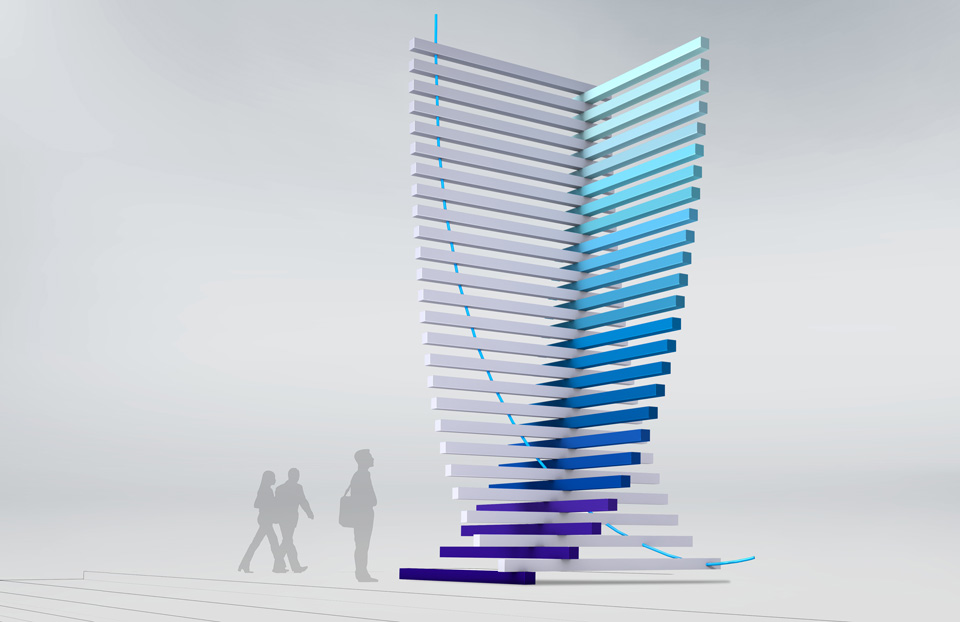 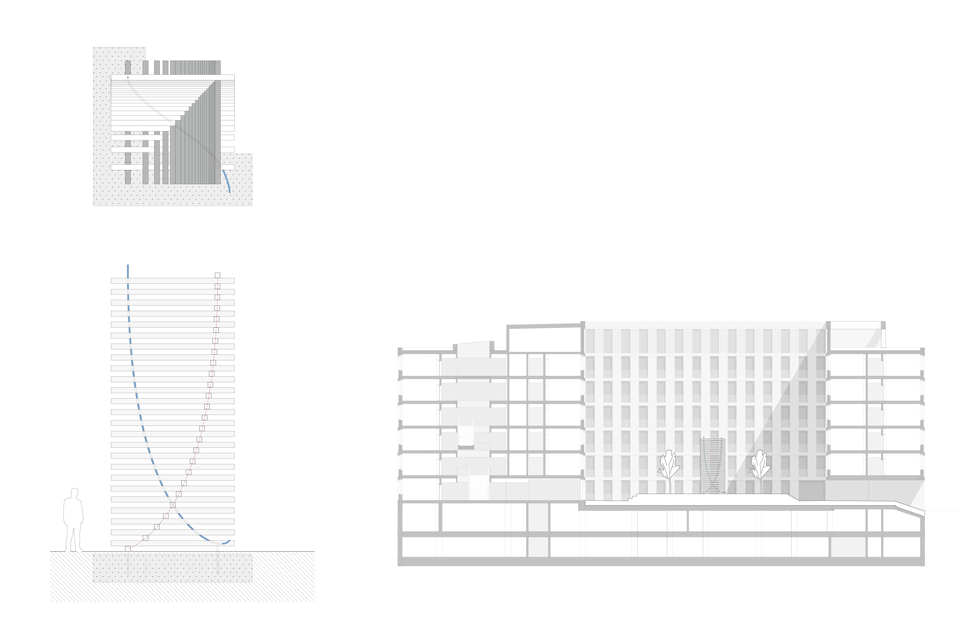 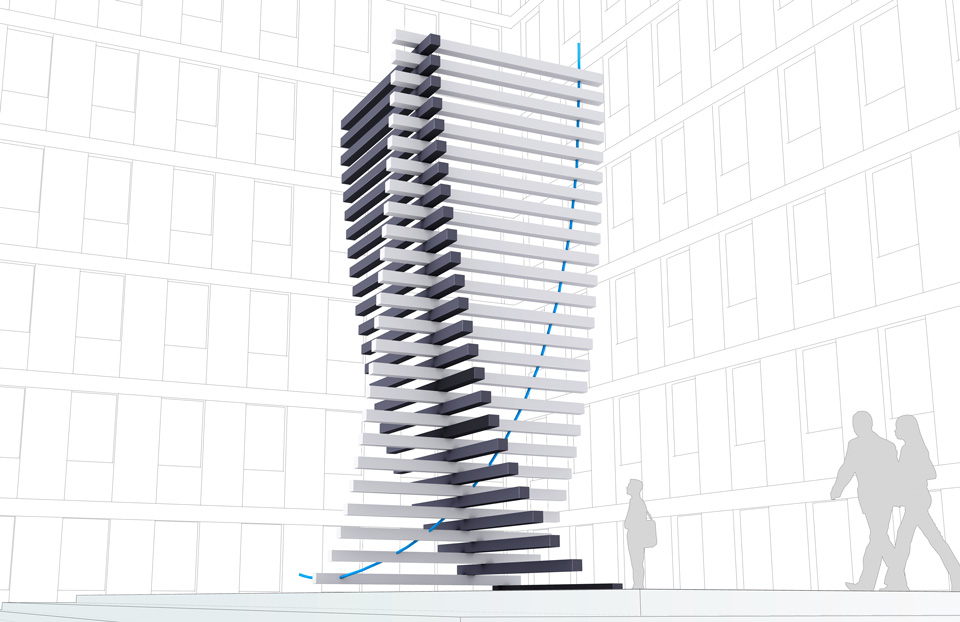 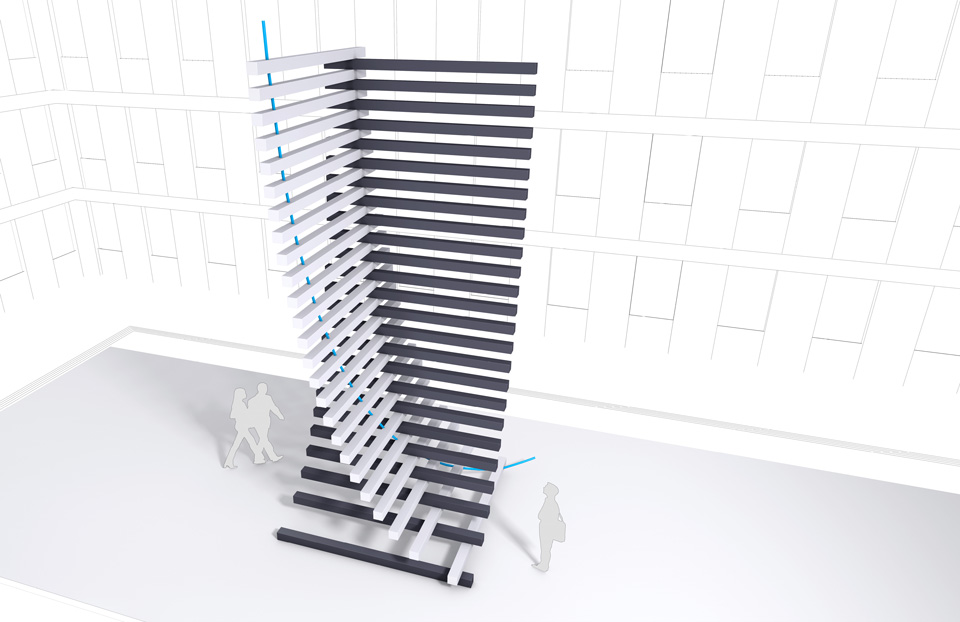 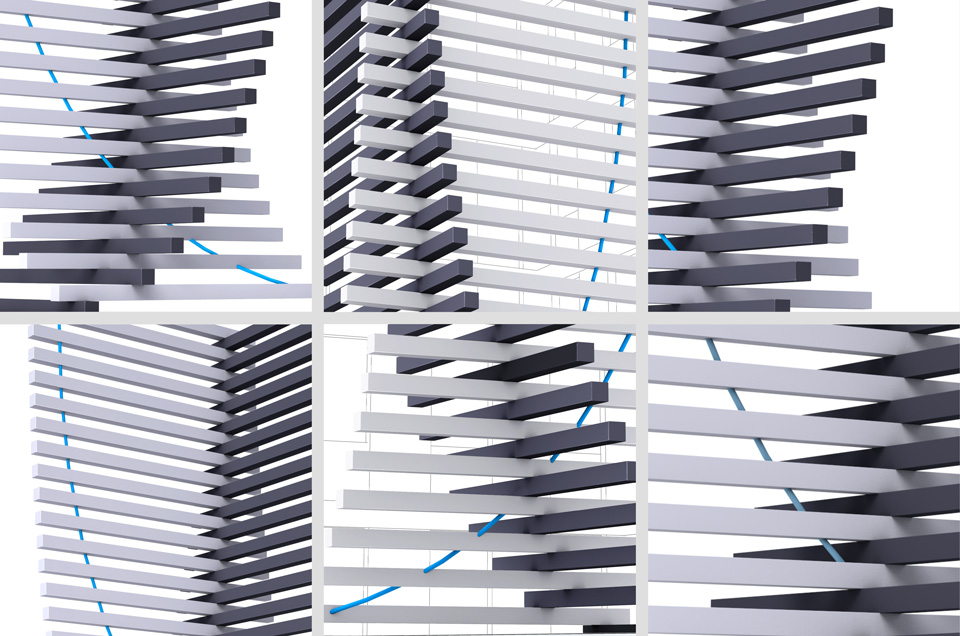 Rather than appearing to be burdensome, this accumulation, on the contrary, takes on a floating character that communicates not the finished result but the ongoing movement. Horizontal square profiles made of metal form a progression through their shifting interior spaces, with dynamic curve and increasing density. Through the interlinkage of two curves, the principle perpetuates itself and inscribes itself into the three-dimensional space. Reliability is expressed in the regularity of the rhythm, upward movement in the progression of the curvatures, while vitality is expressed through the dynamic antithesis to the grid-like façade of the courtyard.

The viewer brings the symbol to life by shifting his position. The aesthetic experience has a temporal dimension, for the overall form in its floating movement changes just as the web of light (the moiré pattern) does in its slatted structure. The courtyard offers the possibility of viewing this sculpture from all sides, as well as from below and from above. The architecture thus becomes a co-participant in the sculptural happening.